You may have heard old wives’ tales about dogs having black lips. Some people believe that they symbolize a pure dog breed, while others believe that dogs with black lips are more intelligent or better hunters.

But what’s the truth? Why do dogs have black lips from a scientific standpoint?

Black lips offer dogs protection from the sun. Therefore, it’s normal and healthy for dogs to have black lips.

I’ll walk you through the genetic reasons for black lips and share information about when you should be concerned if your dog suddenly develops them.

Most dogs have less fur around their lips, although it depends on the breed. Some dogs’ genes have adapted to create darker pigmentation around the lips to prevent them from getting sunburn.

The darker your dog’s skin and lips, the more melanin they contain. As with humans, the amount of melanin your dog produces depends on their genes and the history of that breed’s ancestors spending time in the sun.

Melanin is effective at decreasing the chances of sunburn on your dog’s lips because it helps absorb UV rays. As a result, your dog’s lips have less of a chance of experiencing sun damage.

What’s With Speckles of Black on a Dog’s Lips?

The color black happens to be a dominant trait in dogs. But even so, not all dogs have black lips. And even those that do may have pink and black speckled lips rather than straight-up black.

Such speckles are entirely normal—it’s simply a variation in genetics. However, your dog’s lips will have less sun protection in the pink speckled areas.

Now that you know the answer to “Why do dogs have black lips?” let’s explore the different skin types a dog can have.

Dogs come in one of five primary skin tones. However, as we just saw, these tones can mix with each other, depending on your dog’s gene makeup. Below are the five different skin tones, from darkest to lightest.

Black is the dominant skin and fur color in dogs, thanks to the K Locus gene. For this reason, breeding two dogs with black lips will almost always produce a puppy with black lips too.

If your dog has black lips, the chances are high that they have a black nose and that their entire body has black skin. Generally speaking, dog breeds from places near the equator will have darker skin to protect them from the sun compared to those from areas significantly north and south of the equator.

An excellent example is the Peruvian Inca Orchid dog breed, which is hairless and often (though not always) has black or dark skin.

There’s no such thing as a sky-blue-colored dog. So when people refer to a dog’s skin pigmentation as blue, it’s really a gray color from a dilution gene.

Since blue skin also does an excellent job of protecting dogs from UV rays, it likely comes as little surprise that this gene is an offshoot of the black gene.

If you’re trying to imagine a liver color, I’ll make it easier on you—just picture brown.

The degree of brown lips, nose, and skin your dog has will depend on their genes, as it can range from dark brown to a lighter brown. Your dog will still receive a decent amount of UV protection with this skin tone, though not as good as black.

It isn’t common to encounter Isabella skin tones in dogs. The skin still has some pigmentation, but it’s so light that it offers little sun protection.

Isabella skin occurs from a dilution gene with liver and black genes.

Here’s an interesting fact: If your dog has pink or white-colored skin around their lips and on their body, it isn’t due to color but a lack of pigment.

These dogs have the highest susceptibility to sunburn. Therefore, you should be careful to keep them away from the sun for extended periods of time, and lathering them up with sunscreen if you plan on being in the sun with them is also a good idea.

How To Protect Your Dog From the Sun?

If your dog doesn’t have black lips, or if they have spotted black and pink lips, it’s essential to take extra care when letting them play in the sun. 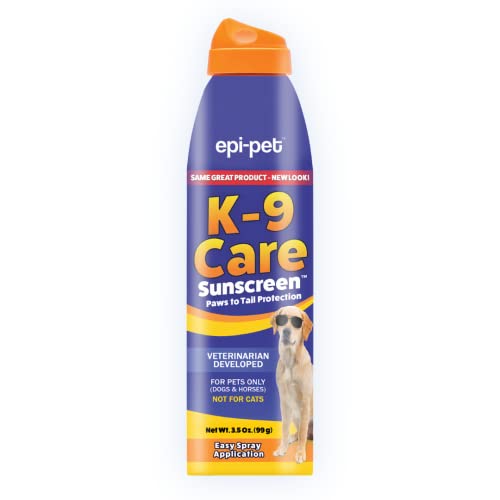 It’s safe to use a dog-approved sunscreen with SPF on any exposed areas of your dog’s skin except their lips. It can seem counterintuitive, I know. But it’s best for your dog not to ingest it. Plus, all their drooling as they play would remove it fast anyway.

So, people most often use dog sunscreen on their dog’s noses, especially if they have noses that aren’t black or brown.

Another excellent way to protect your dog from the sun is by ensuring they always have access to shade. Dogs are intuitive, so they usually don’t need humans to escort them out of the sun when they feel they’ve gotten enough of it.

While black lips usually aren’t a cause for concern on dogs, they aren’t always normal. That’s especially the case if your dog suddenly develops them.

You should be concerned about black lips on your dog if they display one of the following symptoms:

Canine oral melanoma is a type of skin cancer that can occur in a dog’s mouth. This cancer can present itself as either raised black or pink-colored bumps.

Any other change to the standard color of your dog’s mouth is also a reason to take them to the vet. For example, if their entire mouth turns black or darker than usual, it could signify a circulatory issue.

A change in the pigment of your dog’s lips and mouth can also be a sign of a heart problem.

Do Dogs With Black Skin Get Skin Cancer?

It’s rare for dogs with black skin, including on their lips, to get cancer. However, your dog’s ability to produce large amounts of melanin isn’t in and of itself a guarantee that they won’t develop skin cancer.

Skin cancer is the most common type of canine tumor. Therefore, it’s important to look for signs of skin cancer in your dog, regardless of their lip color.

These skin cancer signs include:

There are several types of skin cancer, so the symptoms will depend on the type your dog has. Generally speaking, skin cancer of the lips is the melanoma version.

So, Why Do Dogs Have Black Lips?

Dogs have black lips because it’s a genetic trait to protect them from damaging UV rays. It’s like a permanent sunscreen they get to wear.

As long as your dog was born with black or black and pink spotted lips, there’s no reason for concern. However, if they suddenly develop black or dark lips out of the blue, or if their lips get bumps, you should take them to the vet to rule out any health issues.